Duvet vs. Comforter: What’s the Difference?

by Malik Karman Comment on Duvet vs. Comforter: What’s the Difference? 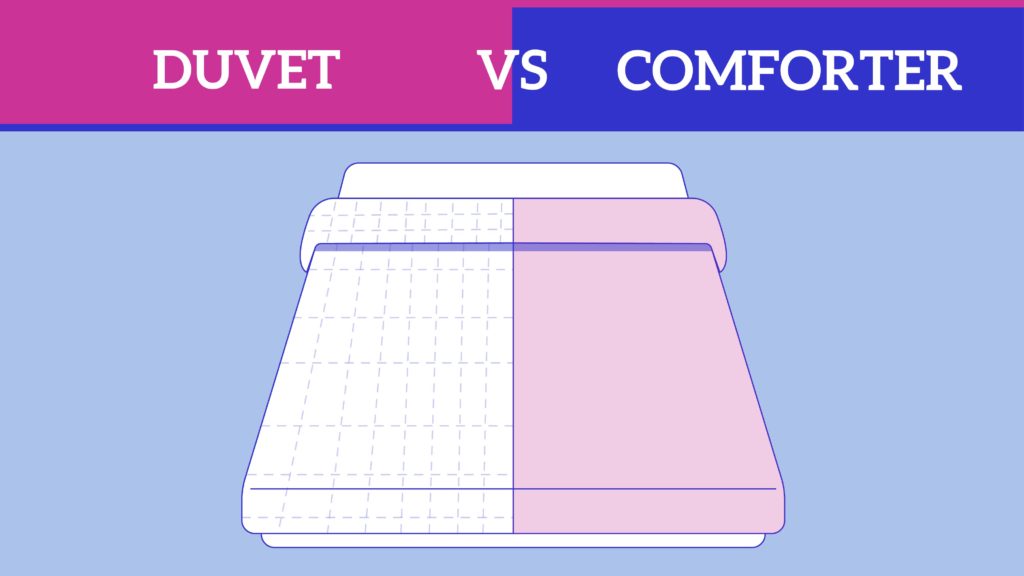 Duvets and comforters complete the look to any bedroom. Both appear inviting and promise a good night’s sleep. But which should you choose? While both are excellent options, you may prefer one over the other. To select the right option, learn more about what makes each blanket unique.

What is a Duvet?

A duvet is the European style blanket of the American comforter. Duvets are soft flat bags filled with down feathers or synthetic fibers, like polyester. Duvets are designed to fit inside a duvet cover and secured with corner ties to hold the duvet insert in place.

What’s nice about a duvet cover is that it’s meant to replace the top sheet. Most European hostels have beds with fitted sheets topped with duvets—no other blankets are needed. Plus, the duvet cover protects the duvet insert from stains and is easily machine washable in case of an accident.

Duvet inserts are traditionally white or off-white, but many duvet covers come in various colors and designs. Some brands offer bedding sets, which include a duvet cover with matching bed shams and throw pillows. These packs make decorating your bedroom easier since they come in corresponding colors and may inspire your bedroom theme.

What is a Comforter?

A comforter is a thick, quilted blanket filled with down or down alternative. Comforters are not as fluffy or as heavy as duvets, so they tend to lie flatter on your mattress. Comforters are fine on their own and don’t need a duvet cover. Comforters pair nicely with a flat sheet that also protects the comforter from sweat.

Like duvets, comforters are not easy to clean. While some models are machine washable, your washing machine may not be large enough to fit a comforter. It might be best to take your comforter to the dry cleaners instead.

Comforters are sold separately or available in a comforter set. Comforter sets, also known as beds-in-a-bag, contain several bedding items for a value price, including a comforter, a flat sheet, a fitted sheet, and one to two pillowcases, depending on the size. Some brands even include throw pillows or a bed skirt.

Similarities Between a Duvet and a Comforter

Duvets and comforters share many similarities, which can make it hard to choose between the two.

Both duvets and comforters are a type of bedding meant to lie on top of your sheets.

Both comforters and duvets are fluffy blankets that lie on top of your bed and add extra warmth during the colder months.

Both comforters and duvets come in different colors and different sizes.

While some comforters can be machine-washed, it’s best to take a comforter to the dry cleaners. Duvets and comforters may both require special cleaning per care tag instructions.

Duvets and comforters are made from similar materials and can contain the same fillings, like down feathers, cotton batting, or polyester.

Differences Between a Duvet and a Comforter

While duvets and comforters share similarities, they also differ in maintenance, price, loft, and style. Any of these differences could affect which one you prefer. For example, if you want a top blanket that’s lighter with less loft, a comforter may be the better option.

Duvets may be easier to clean compared to a comforter, thanks to the duvet cover. If there’s a stain, you can remove the cover and put it into the washing machine. Easy cleanup could be why you choose a duvet over a comforter.

Both high-quality comforters and duvets are available at similar prices. The price depends on the blanket’s size, fill power, and type of filling, but generally range between $30 to $400—pure down fill costs more than synthetic materials.

Duvets may also cost more, since you’ll need to add a duvet cover as a protective layer. Most duvet inserts are sold separately and don’t come with a cover.

Loft refers to a blanket’s height or fill power. Fill power is how much space one ounce of filling takes up (measured in grams per square meter). The higher the fill power, the better the insulation in a comforter or duvet.

Comforters have a lower fill power, about 400GSM to 600GSM, while duvets are usually higher, reaching up to 800GSM. It’s why duvets don’t need a flat sheet—duvets provide plenty of warmth on their own without extra blankets.

A duvet could be a better option if you like to change the look of your bedroom frequently. Duvet covers are an inexpensive way to alter your bedroom decor. Switch out the removable cover with another one.

Duvet covers are less expensive than a comforter and easier to store—they lie flat and don’t take up much space compared to a comforter. 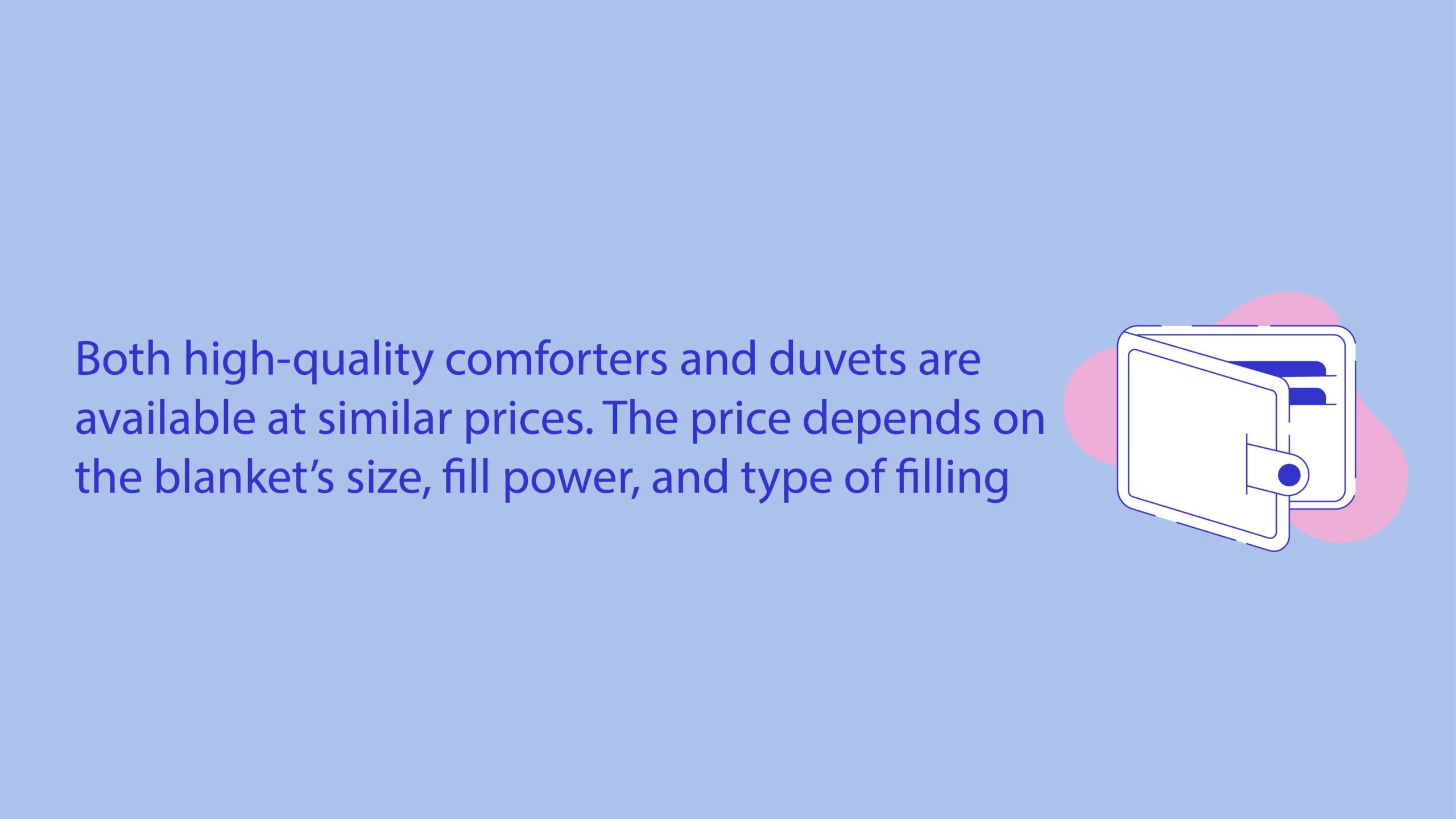 How is a duvet different from a comforter?

Duvets are easily confused with comforters because they share so many similarities. Duvets are thicker and have a removable cover to protect them from stains. Comforters are slightly thinner and have a sewn-on single covering.

Can a comforter be used as a duvet?

Comforters can be used as a duvet. Comforters and duvets share the same size dimensions—as long as you measure your comforter before purchasing a duvet cover, the cover should fit. Also, if you plan on adding duvet covers to a comforter, it might be a good idea to buy a white or light-colored comforter. Otherwise, the color of the comforter may show through a  lightly-colored duvet cover.

Which is warmer? A duvet or a comforter?

A duvet can be warmer than a comforter, but it depends on the type of materials they contain. For instance, a duvet filled with down feathers has better insulation than a comforter with cotton. Also, consider duvet covers. Duvet covers are made from different materials—some more breathable than others, like cotton compared to microfiber.

Is a duvet thicker than a comforter?

Duvets are thicker than comforters because duvets have a higher fill power or loft than comforters. While duvets tend to be fluffier, comforters are thinner and lay flatter on the bed. You may prefer a comforter over a duvet if you don’t like a lot of fluff in your blankets or live in a warmer climate.

How often should you wash your comforter?

Comforters are less bulky than duvets and might be the better option if you live in a warmer area. Duvets, on the other hand, are more versatile—merely switching out the duvet cover can give your bedroom a whole new style. Both duvets and comforters are excellent finishing touches to your bed, no matter which one you choose. Both provide you with cozy comfort for a good night’s sleep.

“Professional sleeper” Malik Karman is a freelance writer for the eachnight blog. Over the years, Malik has read countless medical studies and explored hundreds of different bedding products in an effort to better understand what goes into a restorative night’s rest. Malik curates many of our “best mattress” guides to assist readers in the mattress buying process. 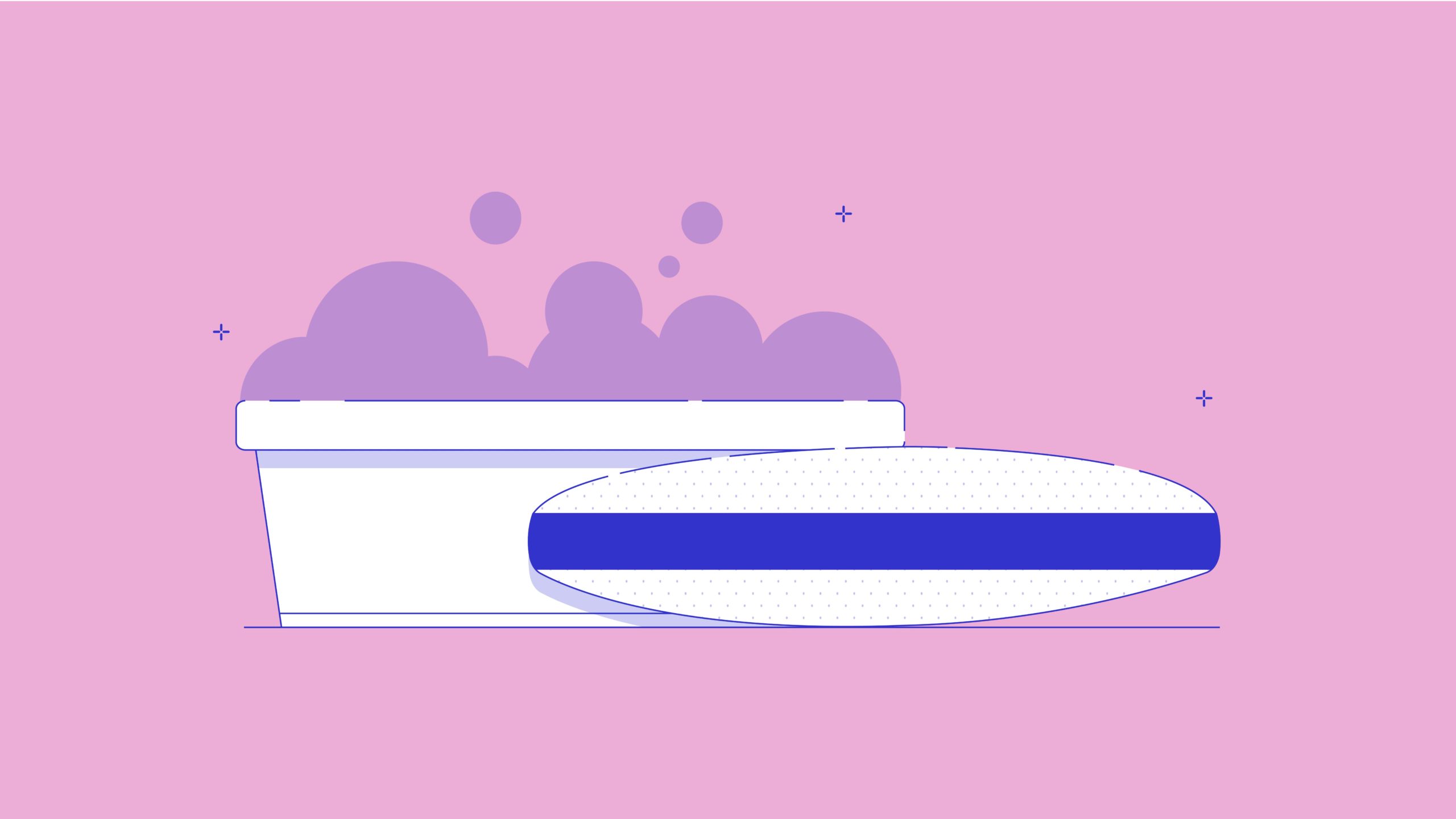 How to Wash a Memory Foam Pillow 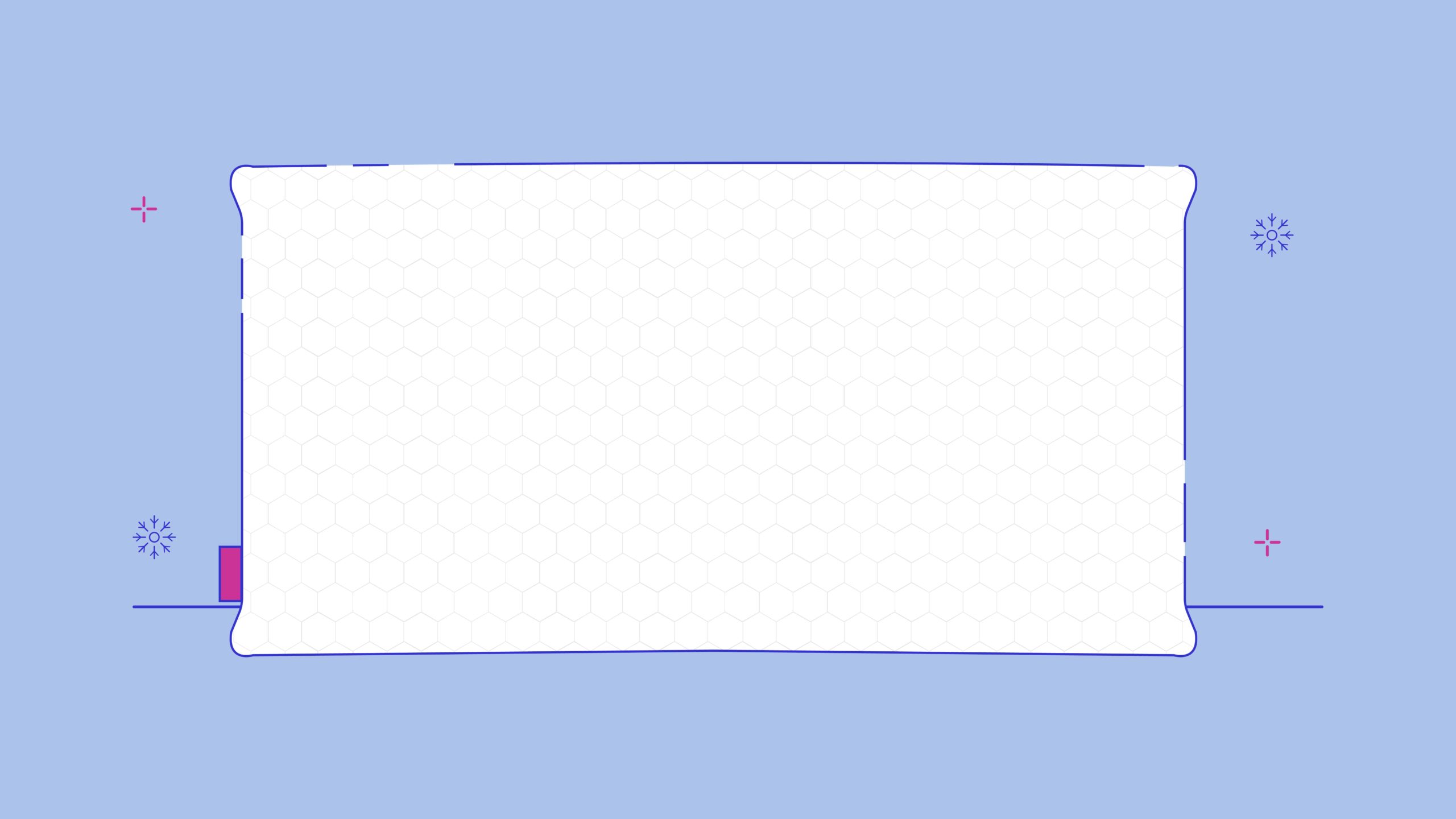